ONE-MA3: Our last day in Italia 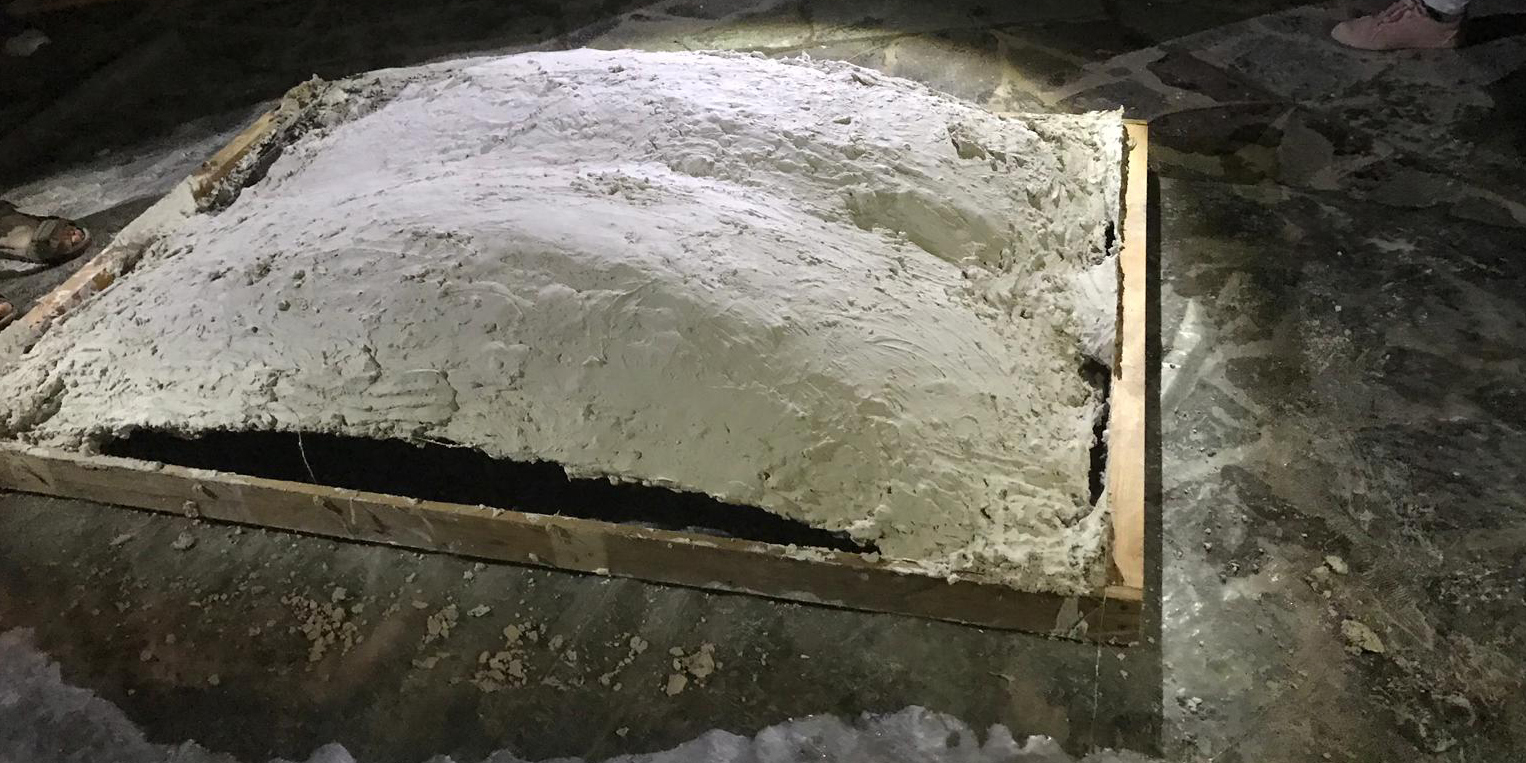 Almost three and a half weeks after we first landed in Italy, our last full day in this country has arrived. Although I was sad to see this day come, I was also excited for our last activity, building gypsum structures! We began the morning with a lecture by Dario Parigi learning about vaulted dome structures which built off of the lecture John Ochsendorf had given us at the American Academy in Rome.

Professor Ochsendorf’s lecture had sparked my interest, and I enjoyed learning more. We learned about Hooke’s statement “as hangs the flexible line, so but inverted will stand the rigid arch.”

Next, we got to put these teachings into practice. We headed outside where large wooden frames and pieces of canvas were waiting for us. We were told to drape these pieces of canvas over the wooden frames to see their natural curve. Then we were to paint them with gypsum to solidify. Once they set, we inverted them into arches with the wooden frames to support the force. We were given an hour to repeat this process a few times in order to make small prototypes. The goal was in the afternoon, we would divide into two teams and scale up the most successful designs from our prototypes to be one and a half by two meters. If we were successful, we would compete to hold the weight of our professor Admir Masic. My group frantically mixed gypsum, stapled canvas and nailed pieces of wood together to finish up three small models. In the end, none of our models were very successful, but we learned important skills such as the proper mixing of gypsum we would use in the coming competition. 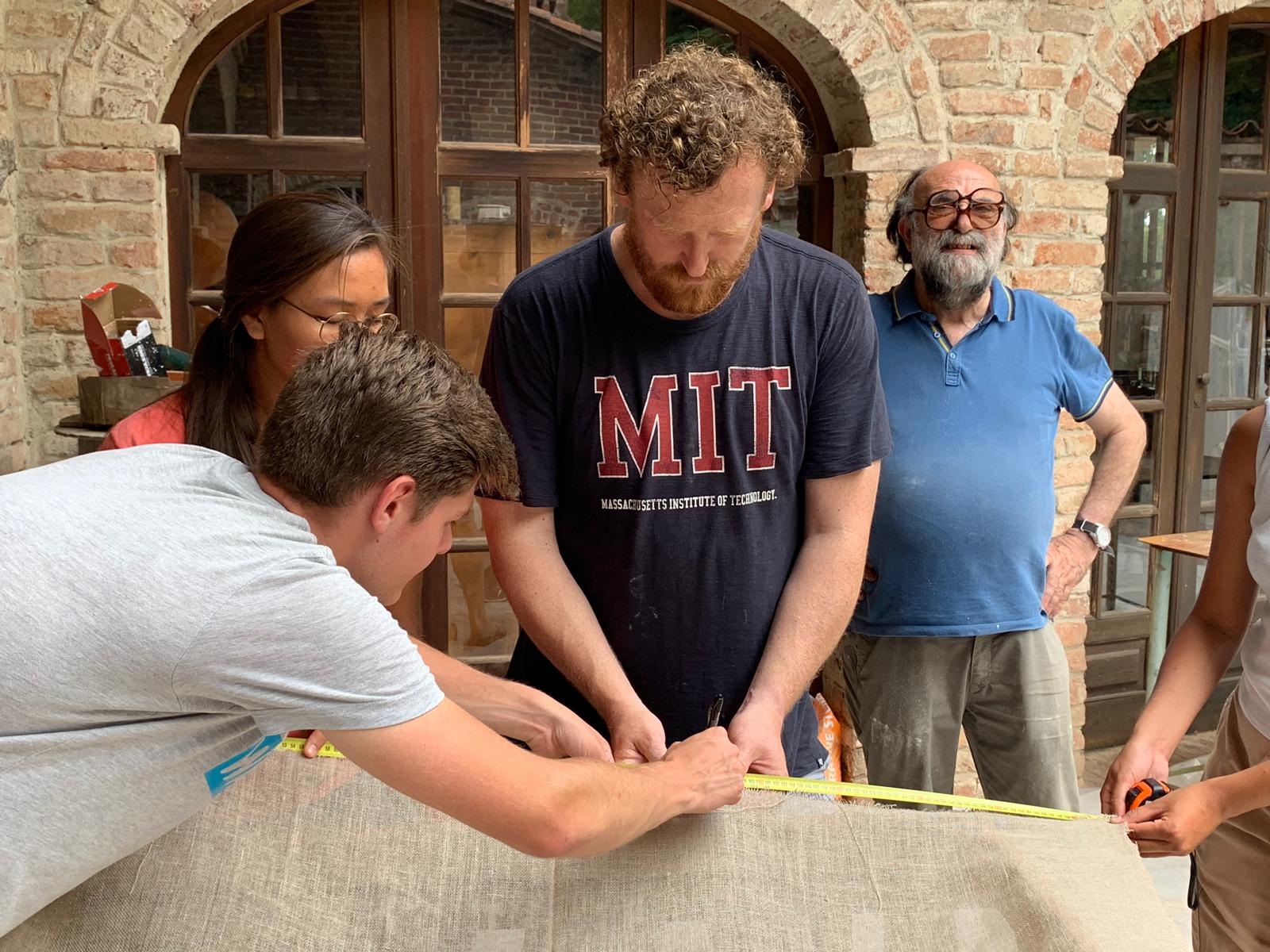 After lunch,we returned to build our full-scale models. Each team was given three hours to build a full-scale arch. At first, we debated over the design. We had learned through our prototypes that folds in the canvas would increase the strength of our arch, but we were unsure how many folds to construct without making it impossible to stand on the arch. Eventually, with the time ticking away in the back of our minds, we settled on just one-fold. We also decided to add lengths of bamboo across our structure to give it more support.

Almost immediately, I began mixing gypsum with water. The tricky thing about gypsum is it sets extremely fast, this meant that in order to cover our canvas with enough layers of gypsum we had to be constantly mixing small batches; let it sit out too long and it will harden to a rock in your bucket. The next two hours were a frenzy of mixing gypsum, layering it on the canvas, and cementing down bamboo. One of my jobs was to help cover the bottom of the canvas with gypsum which involved laying underneath the structure and becoming quite covered with gypsum drippings. Finally, we had covered the structure with enough layers of gypsum, about 4 cm thick at the top and at least 6 cm thick in the corners. Then, it was time to clean up before dinner with the promise of testing the structures after the meal. 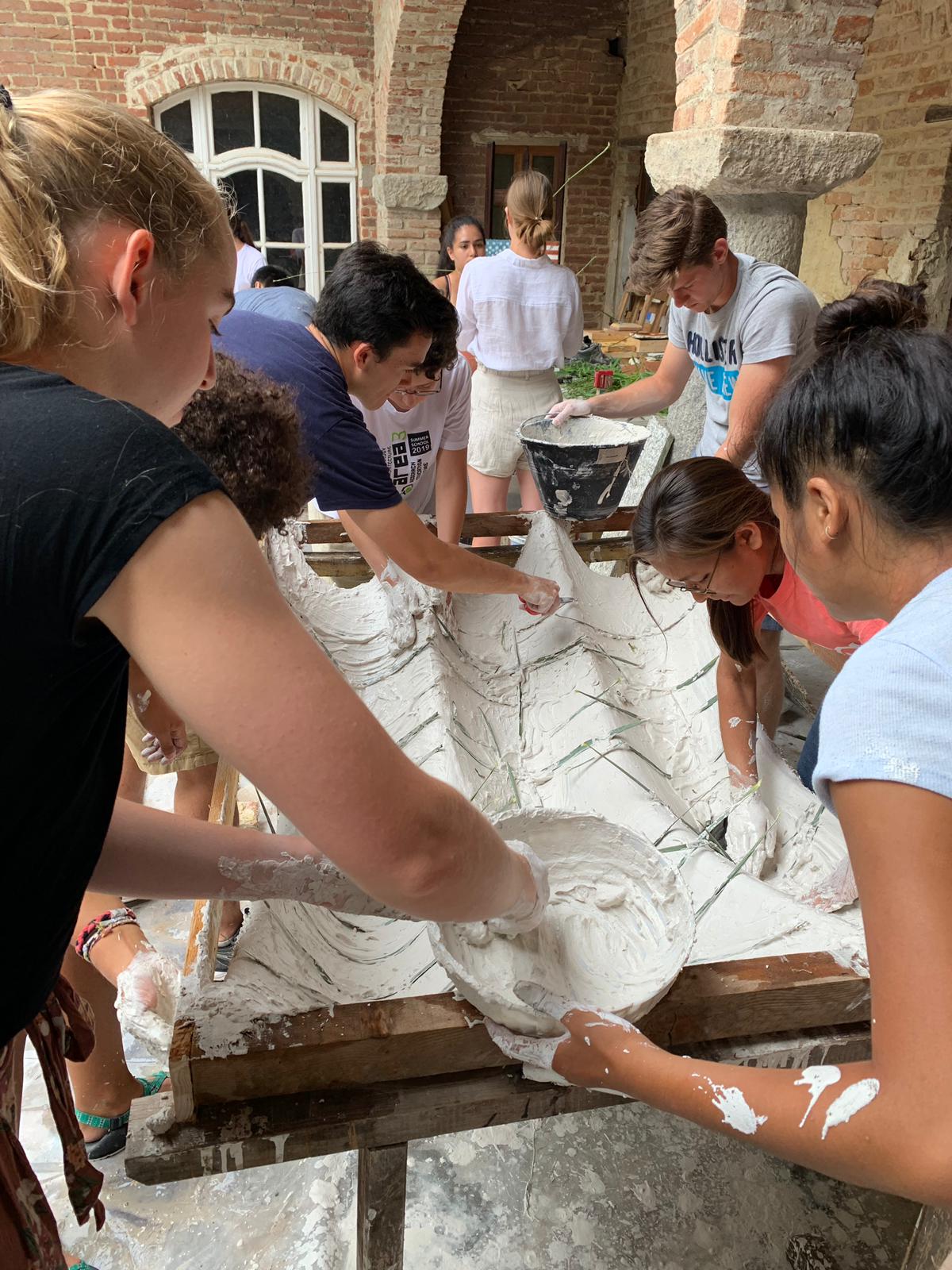 Layering the gypsum and bamboo [Photo by Carene Umubyeyi ’22]

It was about 11 pm when dinner finished up and we headed back to test our arches by the light our phones. The tricky part about testing the structures was we had to lift them up and flip them over to turn them into arches. The opposing group went first. We all watched with suspense as people surrounded the structure to slowly and carefully flip it over. To our horror, as the structure was being lowered to the ground, it collapsed under its own weight and fell out of its frame. Now it was my groups turn. We looked at our structure nervously and hoped it would survive being flipped. To our delight, it made it to the ground safely, but now it was time for the real test: if it would hold Professor Masic. We decided to start off slowly, and our TA Linda Seymour climbed on the structure first, and it held! She climbed off and another instructor climbed on, and it was able to hold him too. 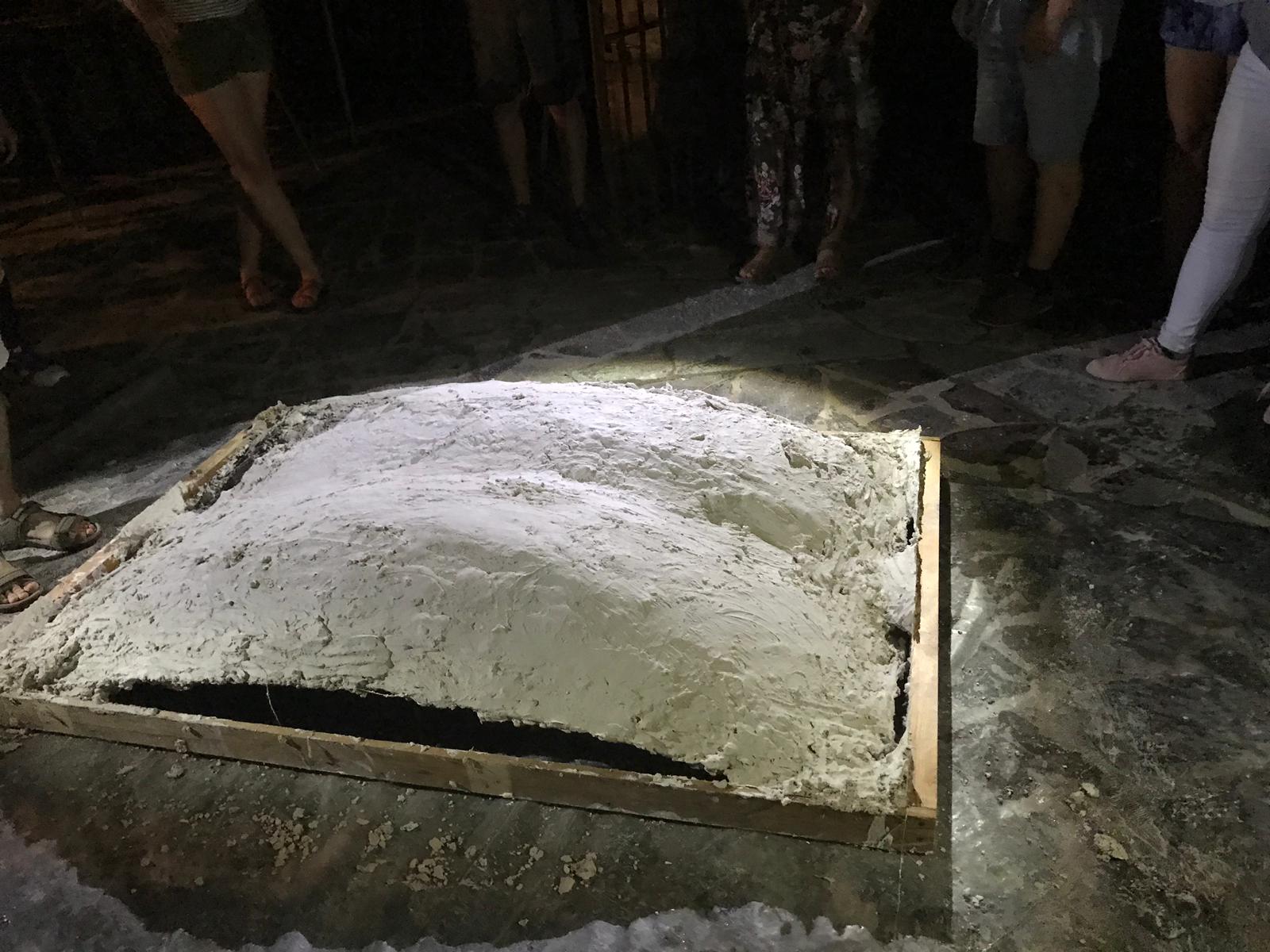 Now it was Professor Masic’s turn, we let out a cheer as he climbed on and the structure held! He got off and excited members of my group climbed on the structure. One person, then two, then three; all the way up to seven people! The structure was supporting them all. Only Stephanie, the last member of our group remained on the ground. We ushered her onto the packed arch and it managed to hold all eight of our group members! But only for a split second- just after Stephanie climbed on, our arch collapsed. We were disappointed, but as we looked at our structure, we noticed that the frame holding our arch had broken. We realized that although our gypsum arch had been able to hold the force of eight people, the wooden frame was unable to hold the force. Our arch had done its job well, but the frame just couldn’t keep up. We cheered as we stood on the crumbled remains of our arch. It was a successful end to ONE-MA3! 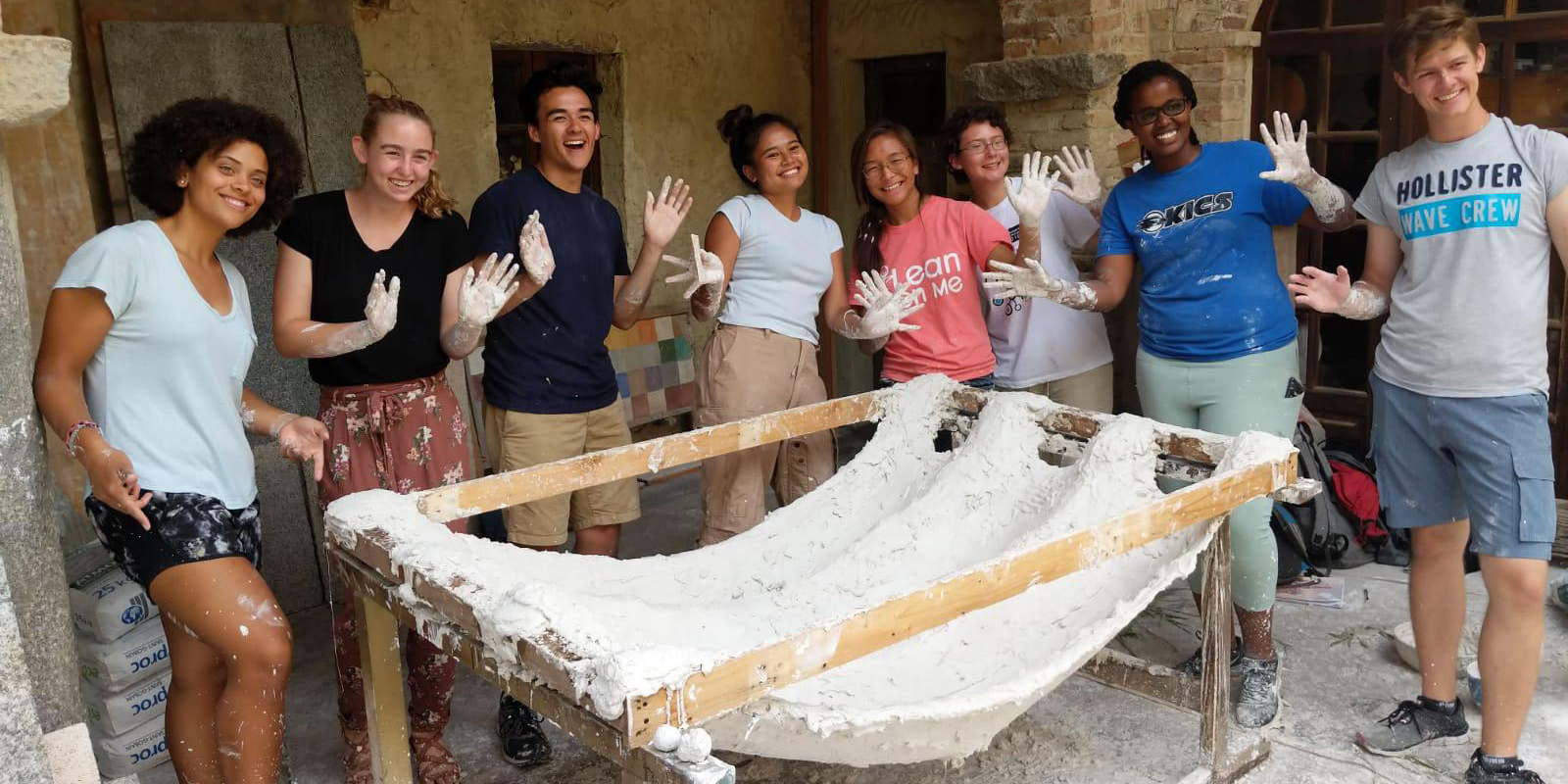 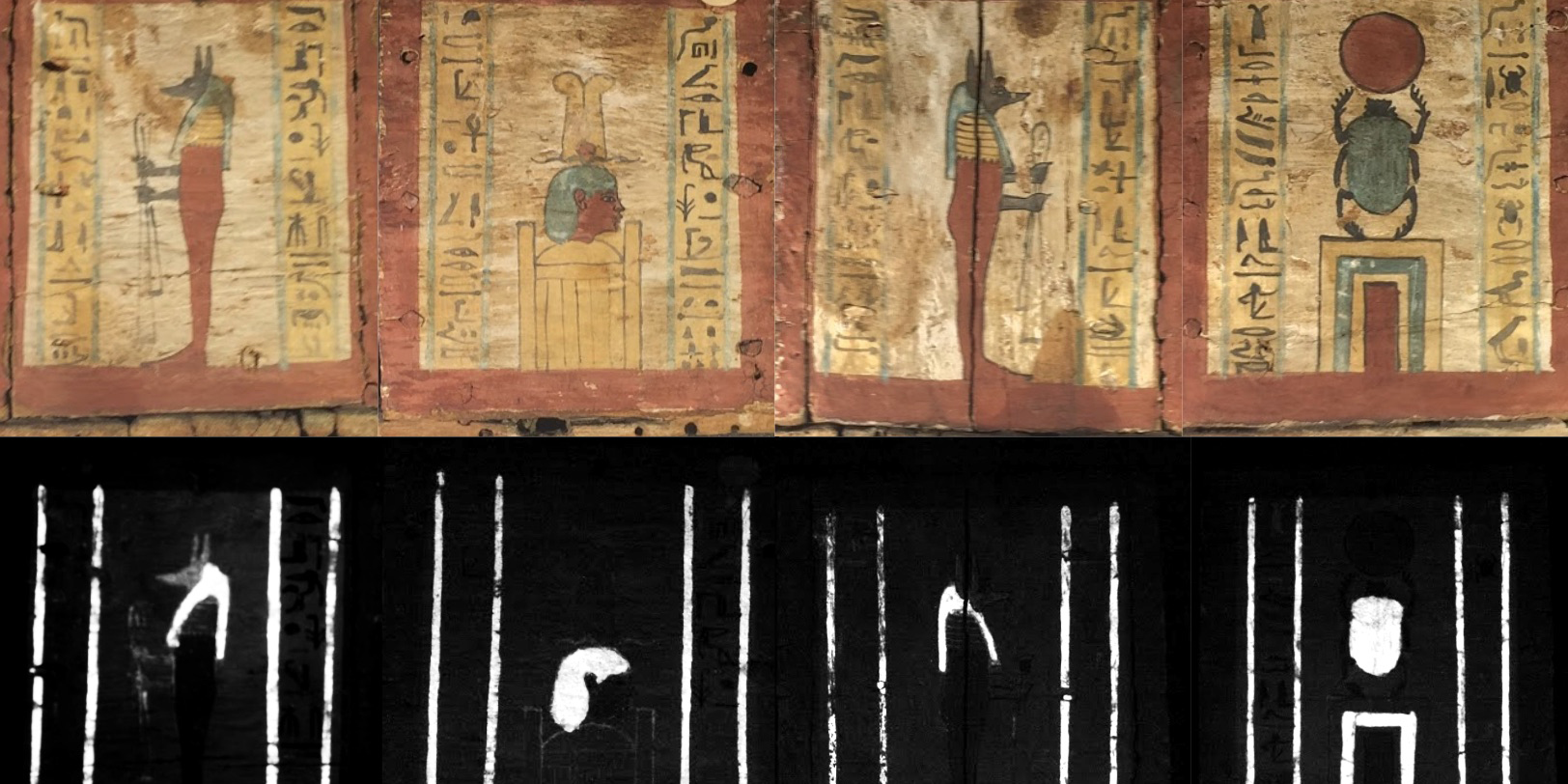