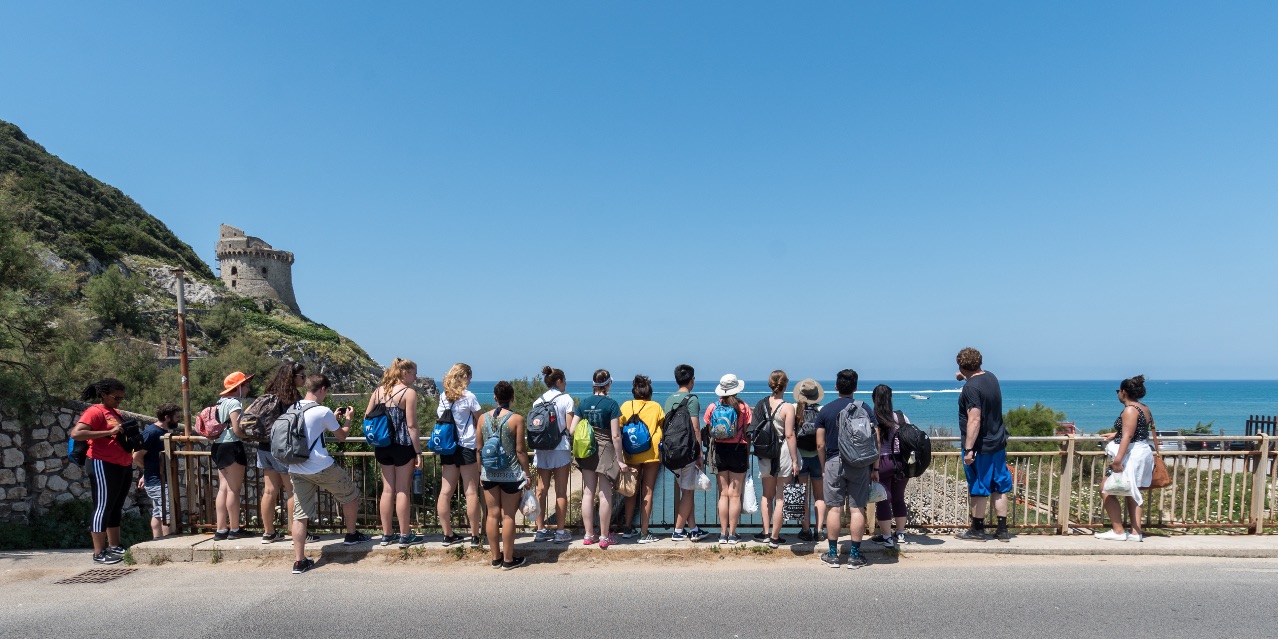 Today, we started off with a trip to Terme di Torre Paola, an archaeological restoration site located in a beautiful coastal town in the province of Latina. The restoration site contained an ancient Roman bath thousands of years old. Intricately constructed, the floors of the bath were made from mosaic tiles. Learning from restoration experts, Marco and Roberto, we brainstormed various ways to clean and care for these mosaics while carefully preserving them. What would be the best method to use? Would it be to meticulously clean each individual mosaic tile? Realizing that would probably take way too long, we enlisted the help of our favorite chemical cleanser—soap! (and water). We also learned that agar-agar, a jelly-like substance obtained from red algae, is another common substance used to clean the mosaic tiles, however it takes three days to see results.

Once each group had a chance to try out the methods, we examined the results. Some groups’ tiles looked noticeably cleaner, while in other areas, the layer of dirt was too thick to remove with soap, water and a brush. Continuing the discussion, we learned that restoration experts also use even more precise tools, such as lasers that systematically remove small amounts of dirt off of each mosaic tile.

Cleaning supplies to care for and preserve the ancient mosaics

The trip to the restoration site was an exciting experience! It set the stage for the rest of ONE-MA3 and revealed the ingenuity and intricate detail used by the ancient Romans in construction. Furthermore, it led us to a greater understanding and appreciation to the work involved in preserving these marvelous historic sites. 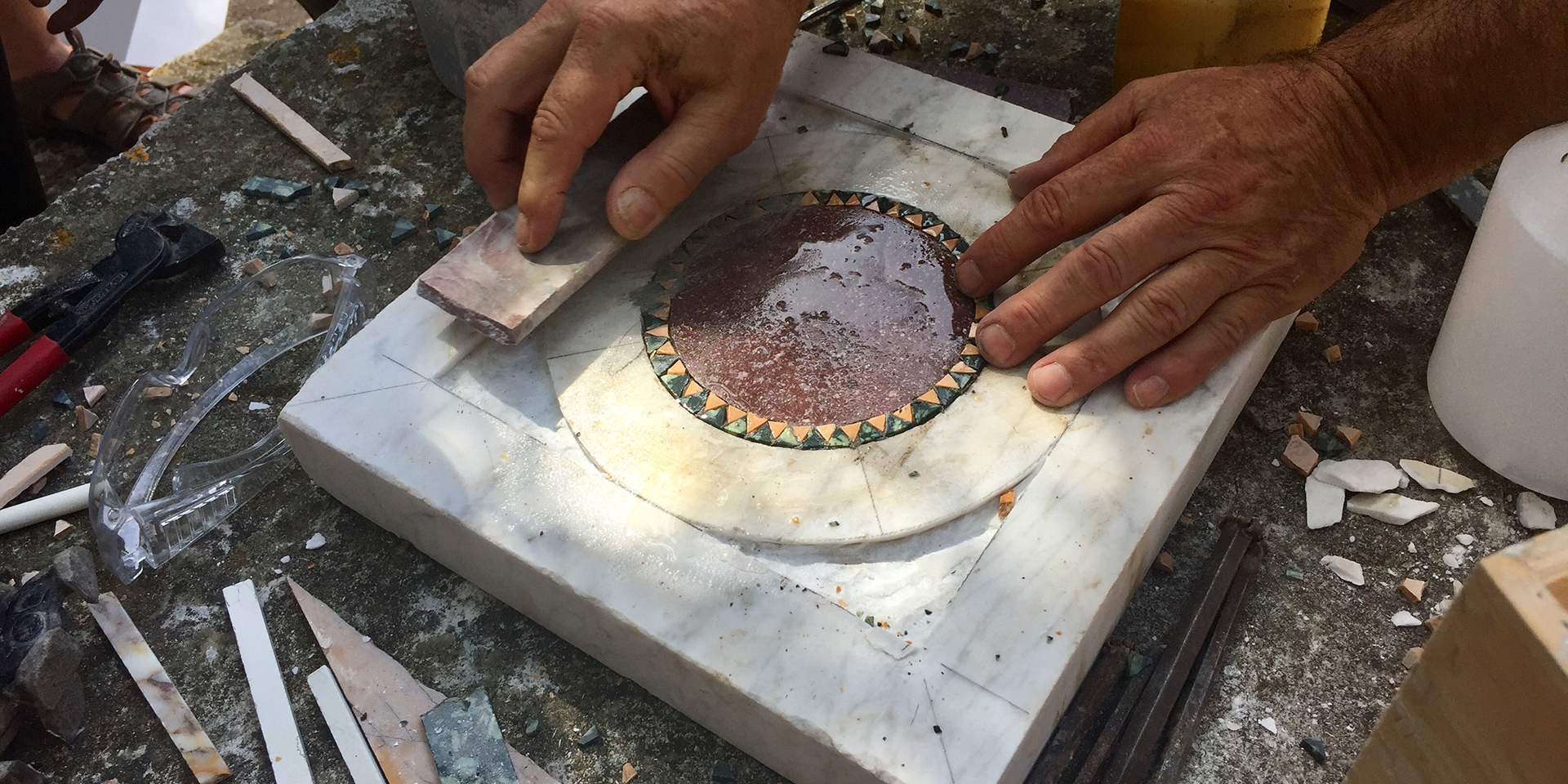 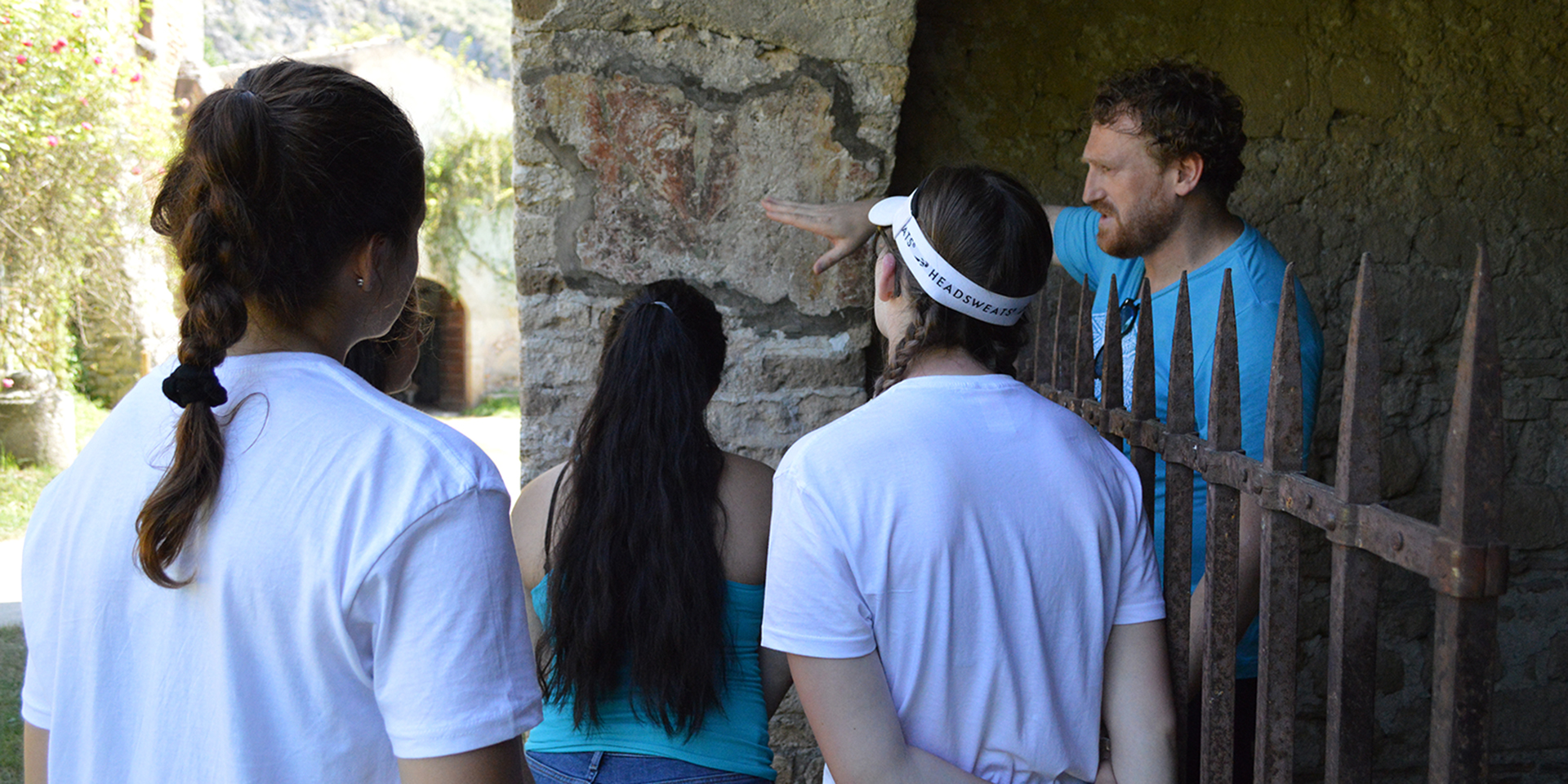 ONE-MA3 – Characterizing Frescoes in the Gardens of Ninfa