Today, we split into three groups: one to do atmospheric profiles using drones, one to do forest transects in the Nanawale forest reserve, and one to put up a meteorological sensor and air filter in Hilo.

The meteorological team was passing through Hilo, so we started the day with a massive grocery trip. With 18 people to feed, our group decimates the fridge and pantry at an alarming speed. In order to tackle the over 50-item grocery list, we split into three grocery carts, which were all piled high by the end of the shopping spree!

After stuffing grocery bags (and ourselves) into the nooks and crannies of the car, we drove to an air quality station near Arise Church. 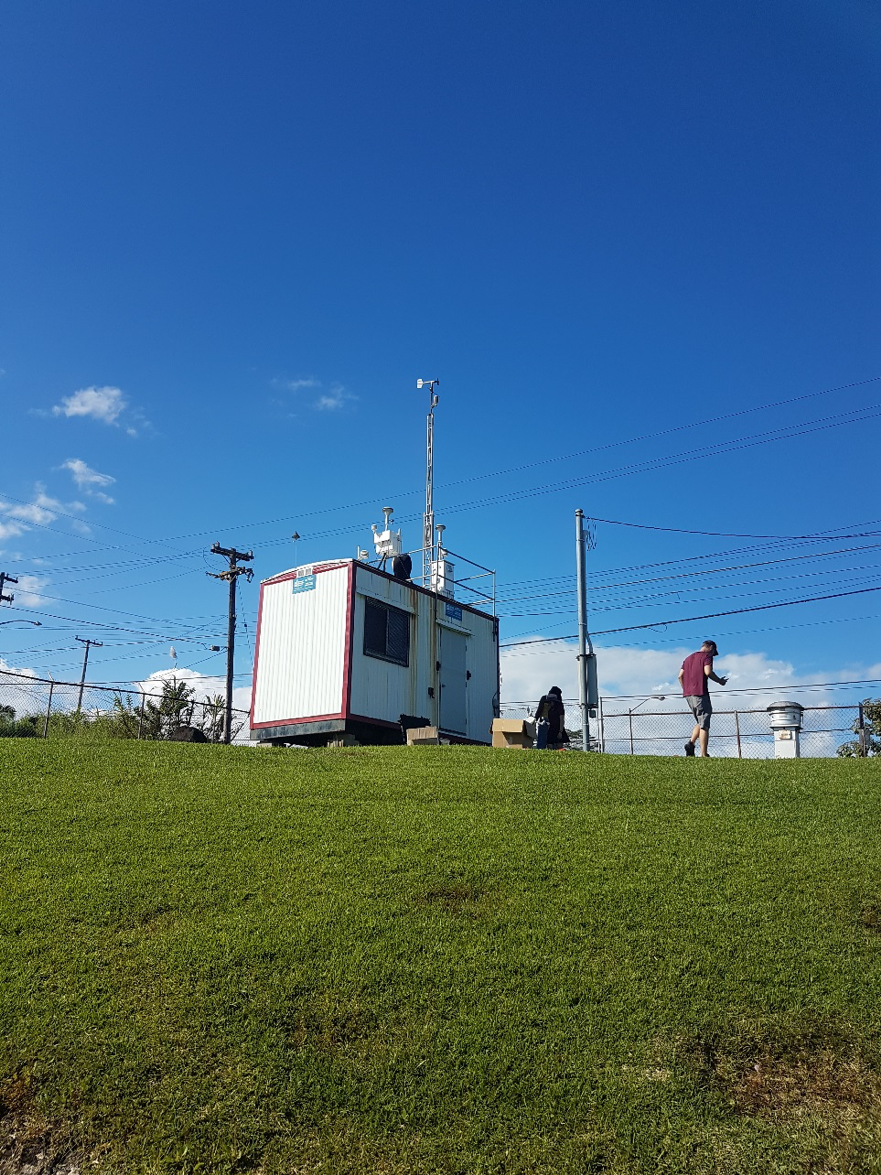 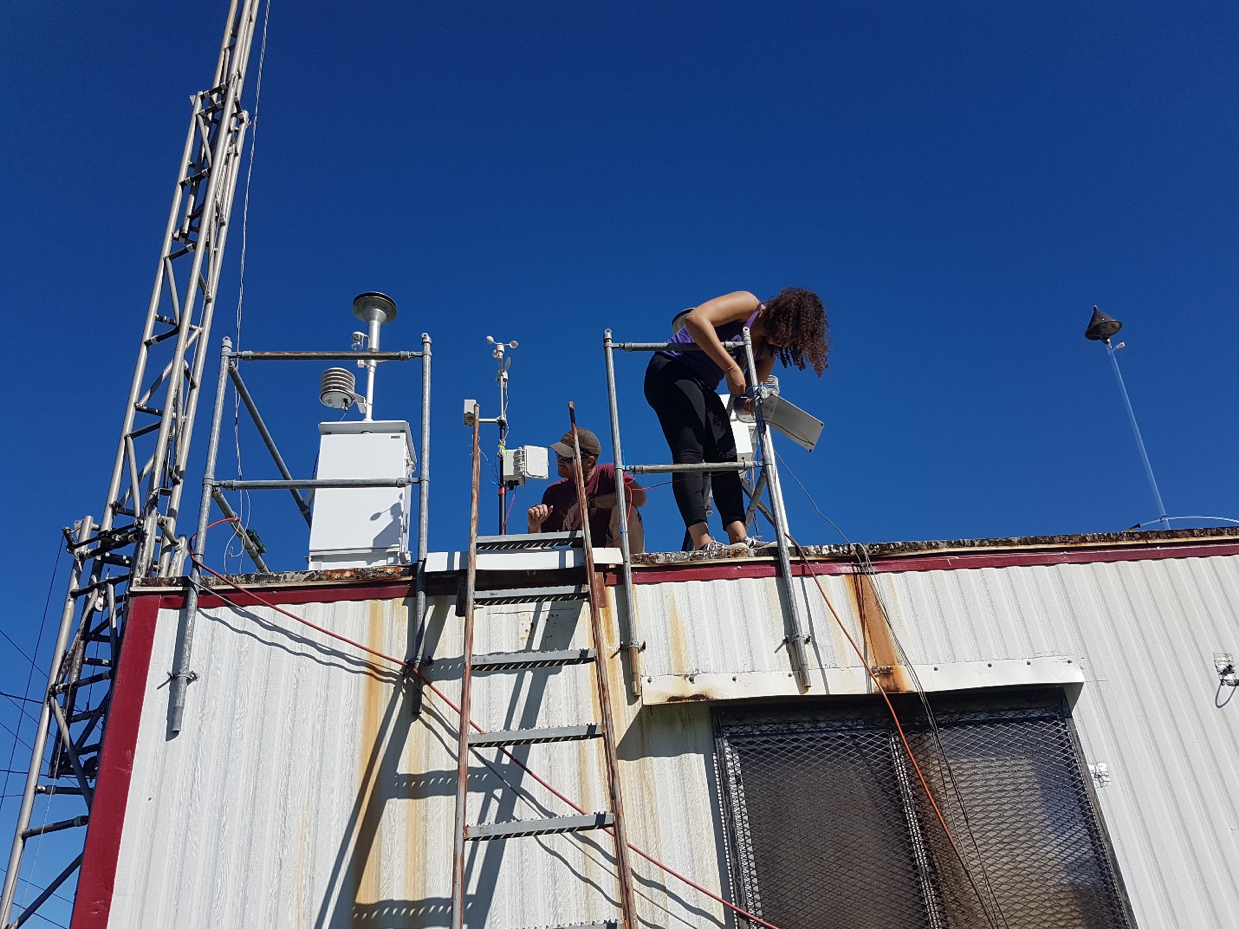 Samantha Burnell ’20 mounting the sensor’s solar panel on a railing while TA and Postdoc Ben Crawford checks that the sensor is both reading and transmitting data.

In addition to the meteorological sensors, we installed a particle filter to determine the amount and types of aerosols in the area. Searching through the air quality station, we discovered a thin gap in the wall, allowing us to thread a copper pipe from inside the station to the outside. We attached an air filter to the outside end of the pipe, fashioning an aluminum cone around it to prevent rain from reaching our sample. An air pump attached to the interior end of the pipe would suck air into the filter. 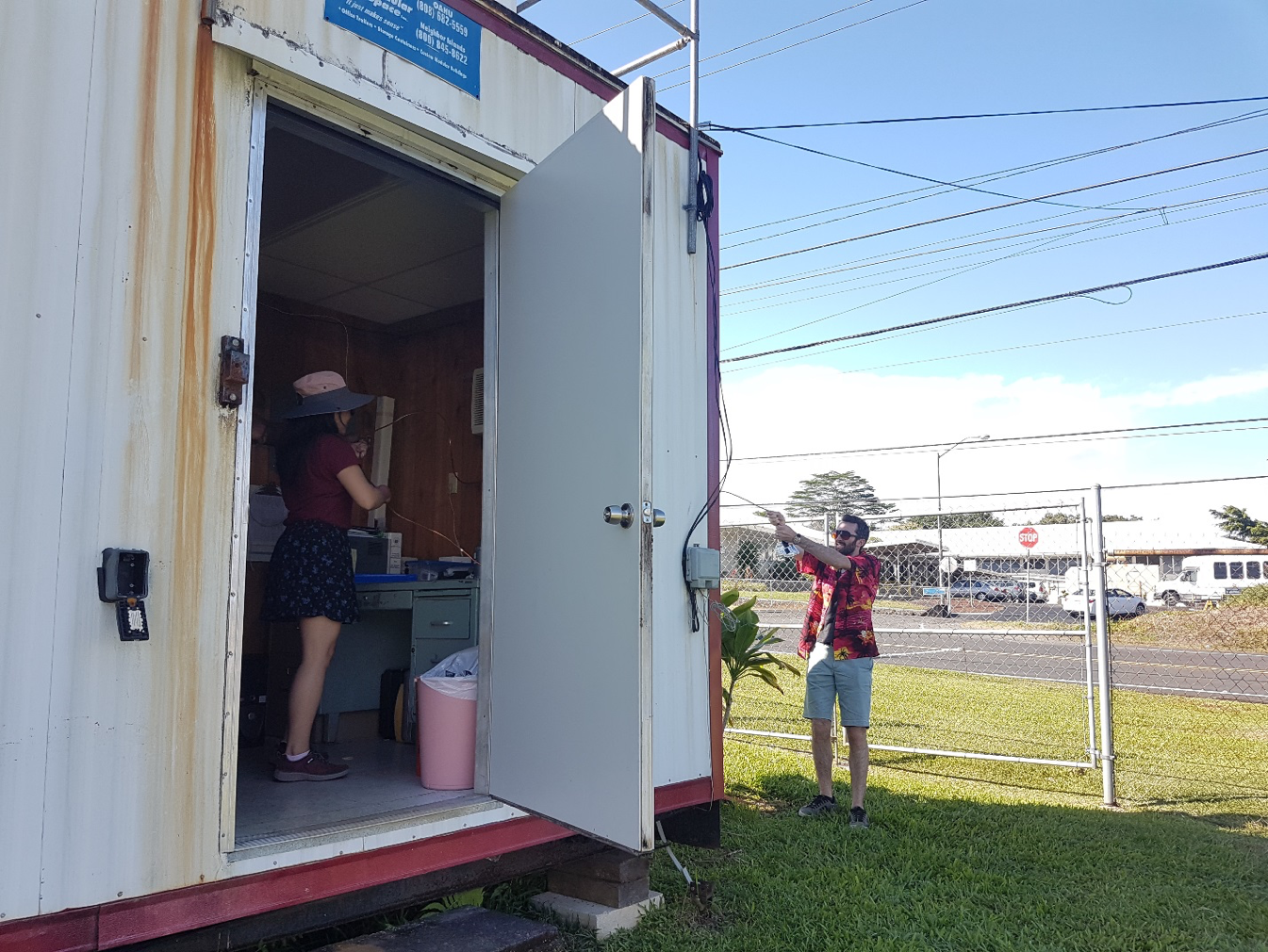 Viban Gonzalez ’20 and TA Kevin Nihil installing a pipe to ultimately connect an air pump in the station’s interior to a particle filter on the exterior. 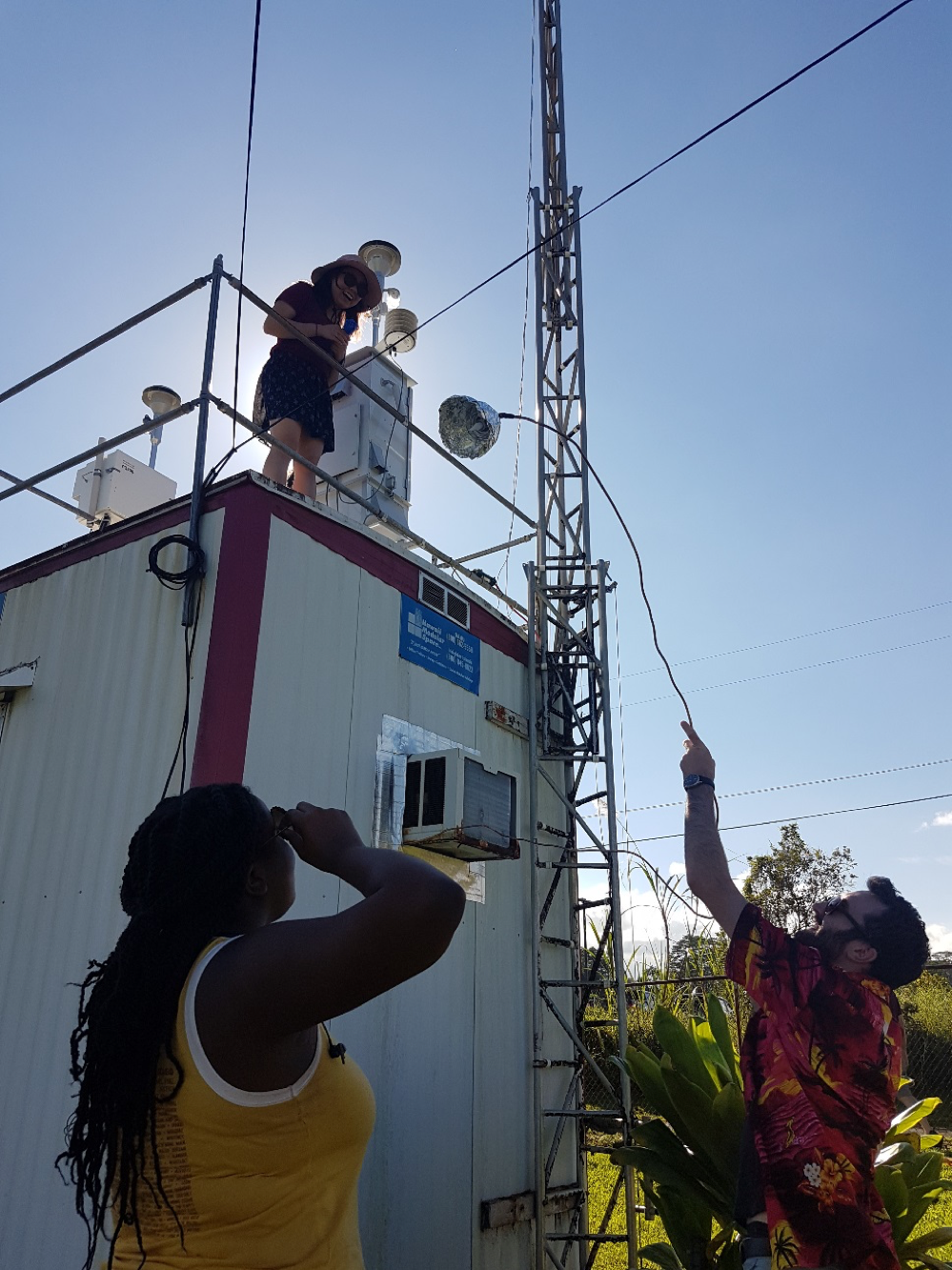 Viban Gonzalez ‘20, Kevin Nihil, and Natalie Woods ‘20 adjusting the particle filter’s position on the exterior of the air quality station.

After installing the meteorological station and air filter, we visited Rainbow Falls at the recommendation of Professor Jesse Kroll and TA Ben Crawford. Then, we returned to the house in time to present our work to a traveling group of MIT alumni, who happily recalled their experiences at MIT and bombarded us with questions of our work and the CEE department.