As with most days, the group split into two teams, one focused on meteorology and the other on forestry. Given yesterday’s forestry group’s enthusiasm for 7 feet tall ferns and wading through scaffolds of fallen trunks, and the meteorology group’s quiet appreciation for rest days, scenic landscapes, and building, it was little surprising that the teams were nearly the same as those from the previous day.

The morning was spent on data analysis and preparing for the afternoon’s work. For the meteorology team, that meant opening up recovered sensors, taking out SD cards, graphing and comparing data, and making any necessary fixes to get the sensors up and ready for deployment. 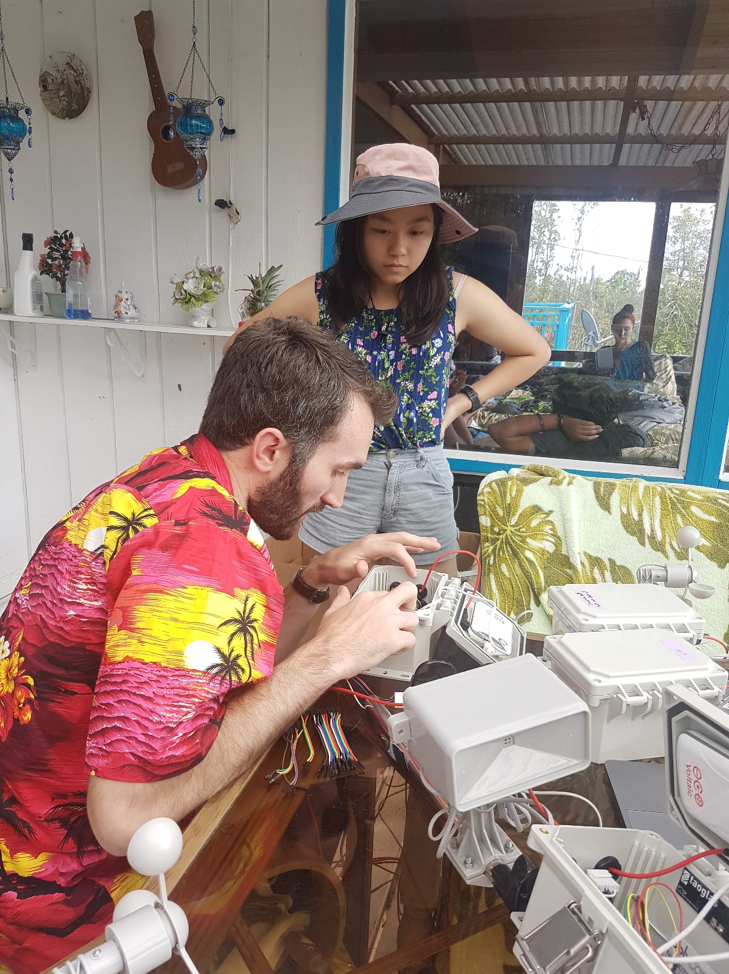 Viban Gonsalez ‘20 and TA Kevin Nihil replace wires in meteorological sensor boxes on the porch while Jordan Alford ‘20 and Danielle Espinosa ‘20 analyze the data inside.

After a quick group lunch of hot dogs and sliced bread, we drove approximately one hour to Ocean View on the Southern side of the island. Hoping to get data on how sea breezes, land breezes, and the trade winds interact on the hill, we placed a series of 4 sensors starting from the beach to the highest reachable elevation. We even had a clear view of the Pacific throughout the day, which would have been covered by thick volcanic smog if the Kilauea volcano was active. 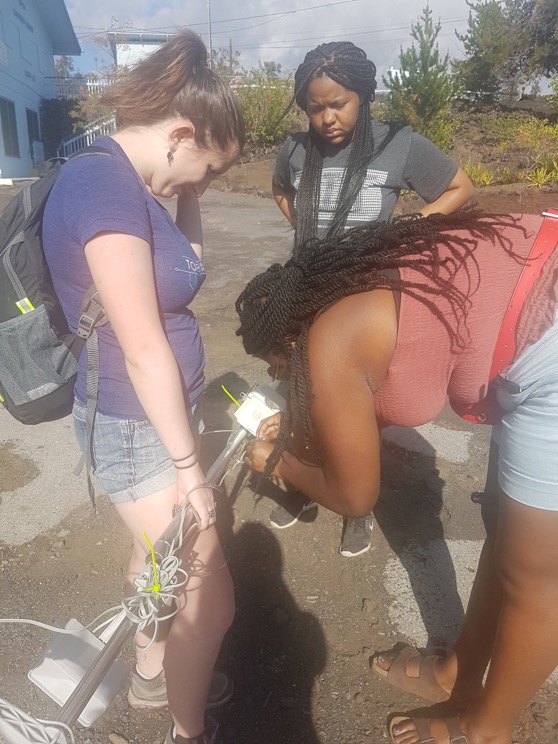 Emma Rutkowski ‘19, Natalie Woods ‘20, and Jordan Alford ‘20 attaching a meteorological sensor to a pole for deployment. 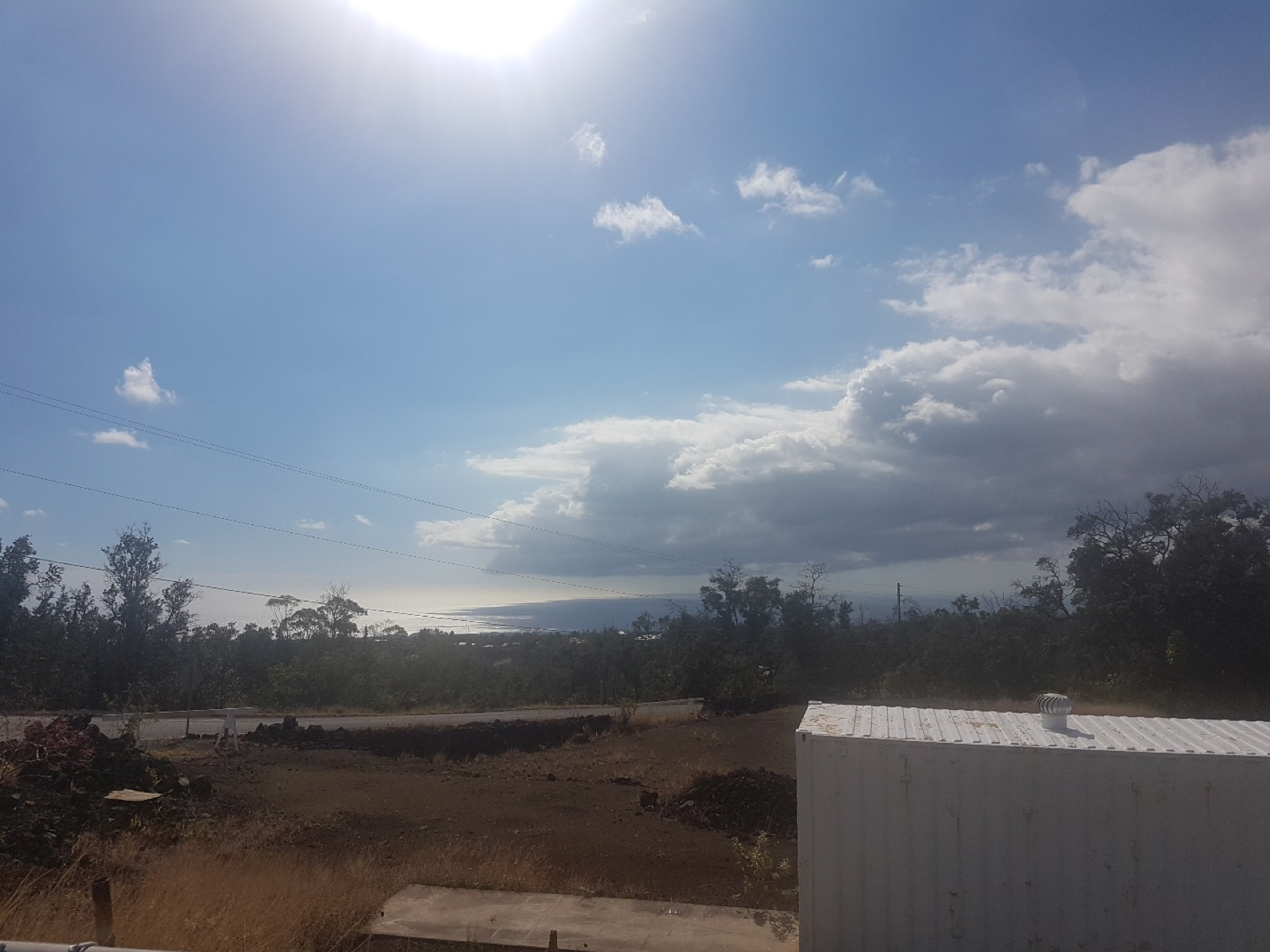 A stunning view from Ocean View Community Center where we paired a previous TREX’s air quality sensor with our meteorology sensors.

By the end of the day, we were dusted by the strong winds of the area. However, before heading home, we stopped by South Point, the southernmost tip of the United States, to watch the sunset. 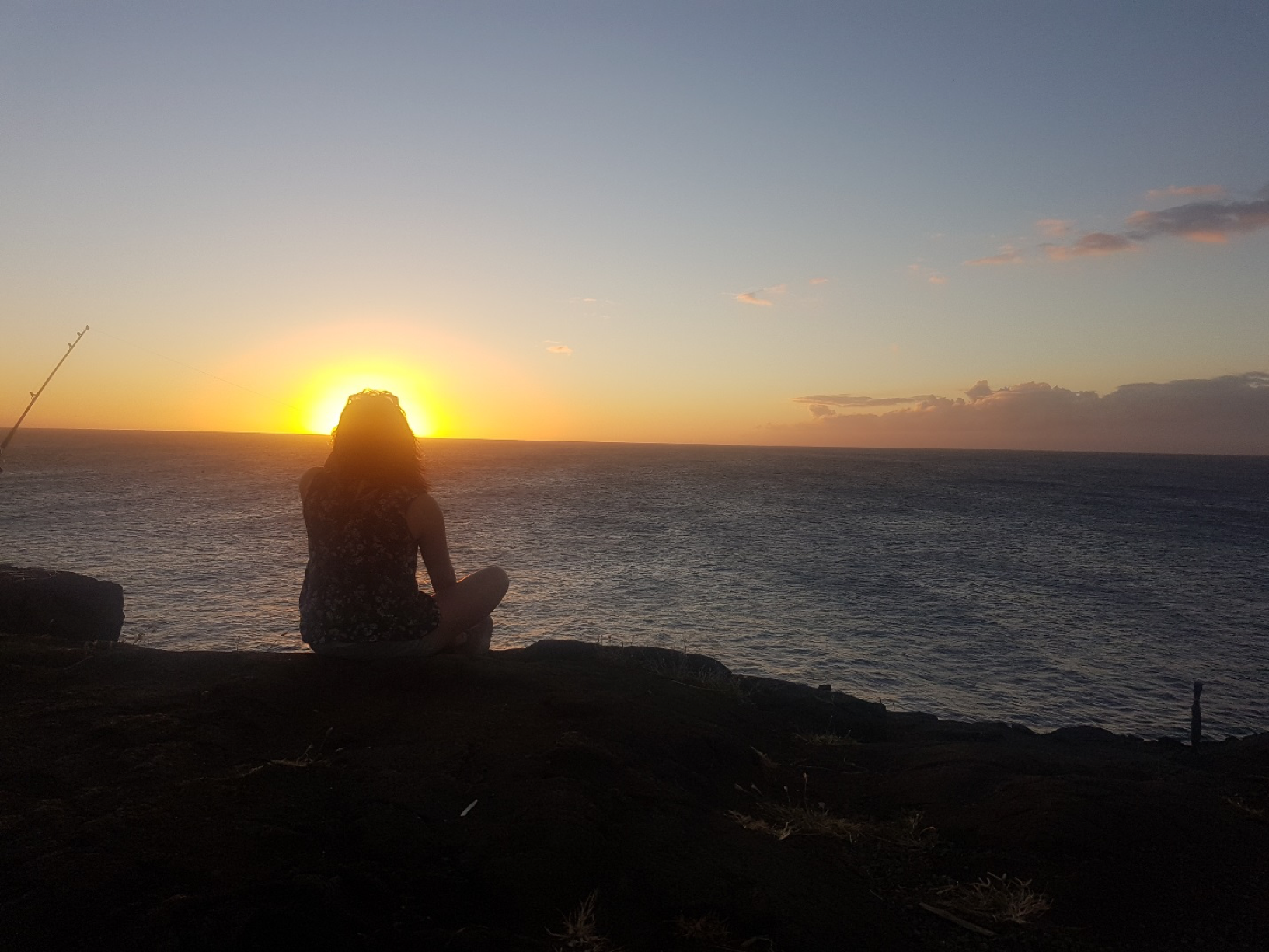