Leilani Estates was right by the Fissure 8, the most destructive fissure during this past summer’s lava flows. The surrounding area has been transformed into volcanic glass; it is dangerous, unstable, and sharp.

Ben, one of the TAs, is friends with someone whose property was destroyed. As sad as this is, it was luckily his second residence, so he and his family are not without a home. He was gracious enough to let us visit, both to view and understand the aftermath of a volcanic event, as well as to see the impact of the surrounding plants that survived the flow. Near the hardened lava, the trees had lost their leaves from the sulfur dioxide emissions. Only a handful showed signs of regrowth.

The volcanic remains were not at all what I had expected. A brand new mountain loomed in the distance. It was generated around the fissure as lava spewed forth and began to build up around the opening. The ground had thick air bubbles that had crumbled in places. Everything glinted in the sun. Small pebbles were safe to pick up and glittered as we turned them in our hands. They weighed a fraction of what a normal pebble of similar size would. 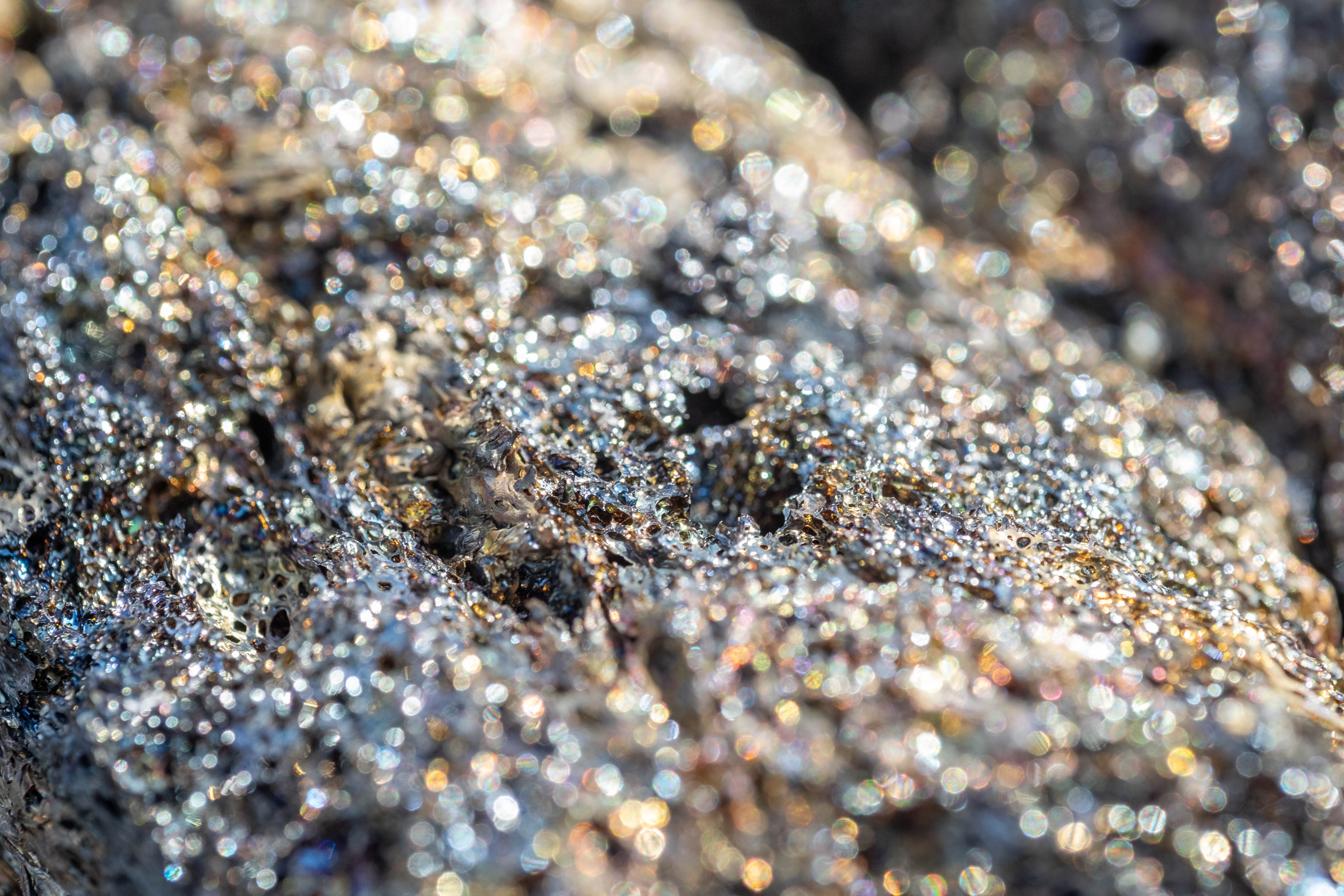 Volcanic glass from the eruption [Photo by Sierra Rosenzweig ‘20]

As terrible as the destruction was, the creation of new earth was also beautiful. New coconut plants popped up from the landscape. They’re often used by humans here as the first colonizers of a new soil, because, to paraphrase, coconuts will grow just about anywhere. Primary succession of plants onto new land can take decades before any trees appear, but with the use of coconut trees it should be much quicker. In a year, coconut trees will cover his old yard. Their leaves will help shade the ground so that other plants can grow, and they will help build up the healthy bacteria into the growing soil. When his daughter, now in first grade, is our age, she will be able to return to her old home and see a land covered in green. 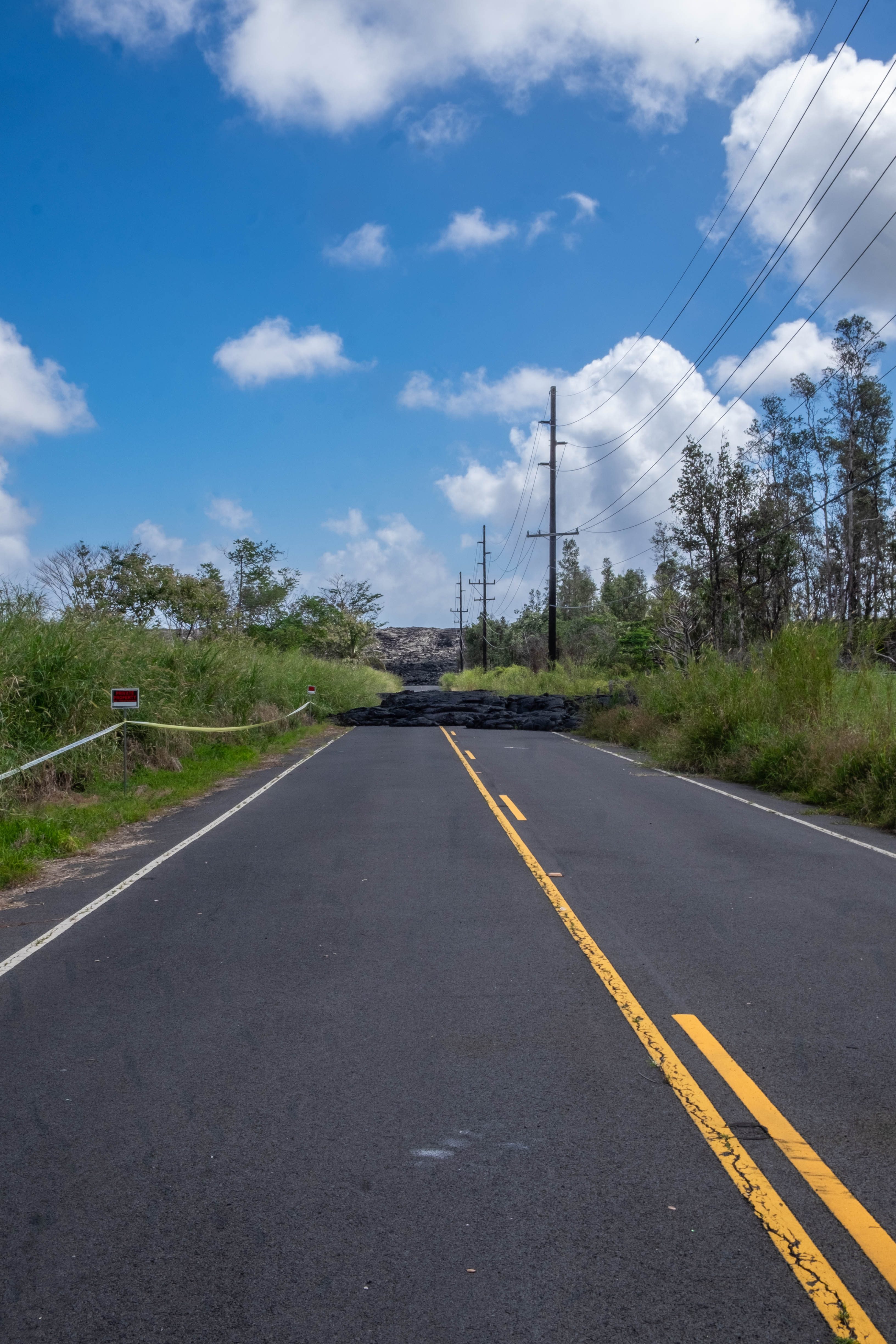 When we were done, we went to a nearby park to take one last transect and a final drone measurement. I took a break from plants to work with TA Abby on flying the drone. We got a vertical sulfur dioxide profile. A vertical profile is when a drone flies straight up into the air and takes measurements (e.g. temperature, relative humidity, etc.) for comparison at different layers off the ground. Sulfur dioxide measurements take a while because the sensor has a lag of about a minute, so I flew it up in 50-foot increments and let it hover. On the way down, I successfully landed it on TA Kevin’s stomach. Safety schmafety.

Then, tonight, we went to see the lunar eclipse! We didn’t go to the beach as I had hoped we would, instead opting for a much closer park. Sadly, for the entire peak of the eclipse there was cloud cover. We eventually hopped into our cars to head home, only for the moon to finally show her face. We pulled over to the side of the road and watched the tail end of the eclipse from next to our car. It was beautiful, and the stars that were revealed in the dimmer moonlight were even more so. I forget how much light pollution Boston has sometimes, and how many stars there really are. Even here where there are fewer people, fewer cars, and fewer lights, we couldn’t see them all.

The sky was gently freckled. The moon veiled her face. A local horse came to visit. We pet him. It was a surreal experience.