I think that I just received arguably the best lecture of my life. There is some serious competition – I had Professor Eric Lander for 7.012 – but this lecture is certainly up there. The lecture came from John Ochsendorf, MIT professor and Director of the American Academy in Rome. Before I get to the content of that lecture, let me set the scene. We left Sermoneta at 6:50 am to arrive in Rome 3-4 hours later. First stop: the American Academy. It’s a truly incredible institution. Once inside the gate, you pass a picturesque fountain, with modern white edifices on 4 sides, each a studio for one lucky artist. In an effort to not get lost in the details of the amazing interior I will make simple highlights: a staircase opening to a gorgeous courtyard, fountain in the center, stones with ancient Roman inscriptions scattered across the orange walls. 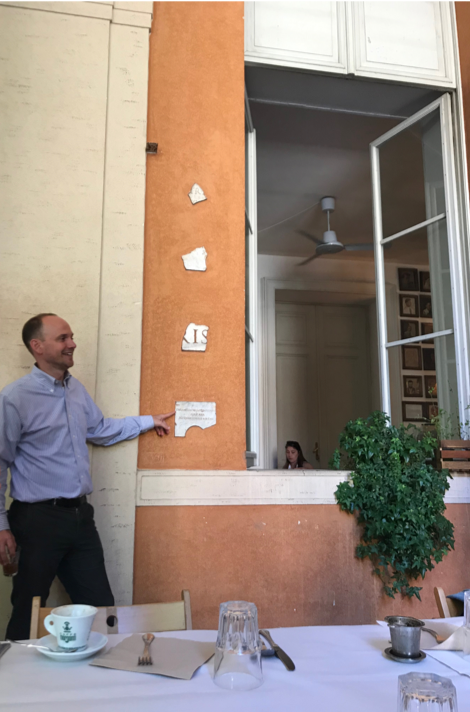 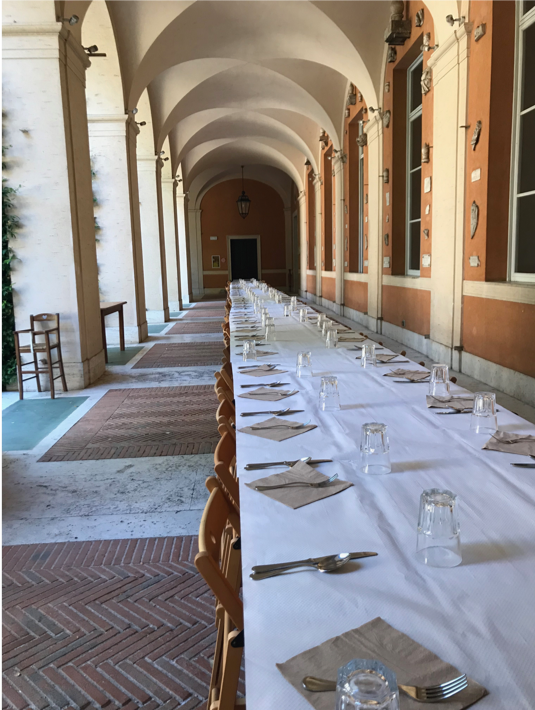 The groin vault ceiling above the table where the fellows at the Academy eat lunch all together. We were lucky to join them!

After a quick tour, full of John’s joyful personality and short stories of the historic site (Galileo named the telescope there, which is pretty awesome), it was time for going into the aqueduct (which runs under the Academy), and finally, the lecture. If you had told me that we’d be received an hour and a half long lecture on structural integrity, geometries, design, and materials, I certainly would be intrigued, but hardly jumping up and down in eager anticipation. And yet, as I mentioned, I think it might have been the best lecture I’ve ever received.

So what makes a lecture good? Is it the content? Presentation style? Engagement of the audience?

I think it’s the ability of the lecturer to connect to the audience, not just through direct participation or inherent interest level of the material. What made John so compelling was his ability to connect the content to larger ideas – ideas that we could relate to. That’s not “big picture” in the general sense; it was not just a summary. It’s big picture in that he related his work to wider ideas within the field (such as the abundance of analysis tools and lack of design tools), but also talked about how work itself ought to be. He infused the joy of his work, but also his life into the presentation. As he demonstrated diagrams of thrust lines and models that are “all wrong [over simplified], but some are useful”, he would also mention how academia enables a free lifestyle. He would mention the sense of accomplishment that we all feel after finishing a project. He commented on the amazing opportunities afforded through education – MIT in particular.

John’s uncanny ability to inspire us not just about the material, but the entire culture of learning and research, is something every lecturer should strive for. We all left that room, looking at each other in something reminiscent of awe saying the same thing – “I didn’t even realize time was passing.” 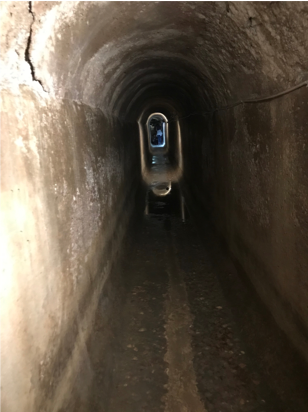 The aqueduct that runs underneath the Academy