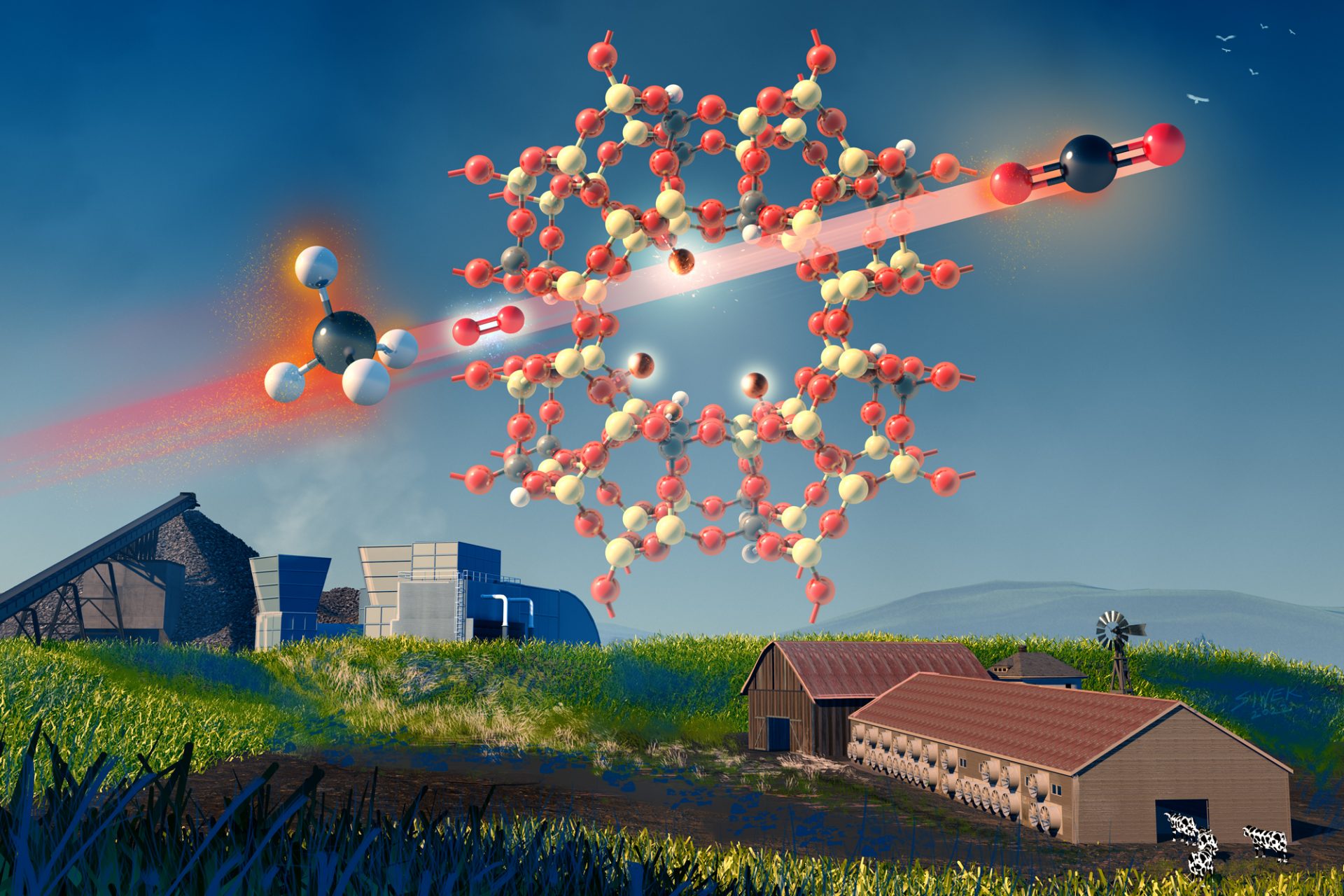 Methane is a far more potent greenhouse gas than carbon dioxide, and it has a pronounced effect within first two decades of its presence in the atmosphere. In the recent international climate negotiations in Glasgow, abatement of methane emissions was identified as a major priority in attempts to curb global climate change quickly.

Now, a team of researchers at MIT has come up with a promising approach to controlling methane emissions and removing it from the air, using an inexpensive and abundant type of clay called zeolite. The findings are described in the journal ACS Environment Au, in a paper by doctoral student Rebecca Brenneis, Associate Professor Desiree Plata, and two others.

Although many people associate atmospheric methane with drilling and fracking for oil and natural gas, those sources only account for about 18 percent of global methane emissions, Plata says. The vast majority of emitted methane comes from such sources as slash-and-burn agriculture, dairy farming, coal and ore mining, wetlands, and melting permafrost. “A lot of the methane that comes into the atmosphere is from distributed and diffuse sources, so we started to think about how you could take that out of the atmosphere,” she says.

The answer the researchers found was something dirt cheap — in fact, a special kind of “dirt,” or clay. They used zeolite clays, a material so inexpensive that it is currently used to make cat litter. Treating the zeolite with a small amount of copper, the team found, makes the material very effective at absorbing methane from the air, even at extremely low concentrations.

The system is simple in concept, though much work remains on the engineering details. In their lab tests, tiny particles of the copper-enhanced zeolite material, similar to cat litter, were packed into a reaction tube, which was then heated from the outside as the stream of gas, with methane levels ranging from just 2 parts per million up to 2 percent concentration, flowed through the tube. That range covers everything that might exist in the atmosphere, down to subflammable levels that cannot be burned or flared directly.

The process has several advantages over other approaches to removing methane from air, Plata says. Other methods tend to use expensive catalysts such as platinum or palladium, require high temperatures of at least 600 degrees Celsius, and tend to require complex cycling between methane-rich and oxygen-rich streams, making the devices both more complicated and more risky, as methane and oxygen are highly combustible on their own and in combination.

“The 600 degrees where they run these reactors makes it almost dangerous to be around the methane,” as well as the pure oxygen, Brenneis says. “They’re solving the problem by just creating a situation where there’s going to be an explosion.” Other engineering complications also arise from the high operating temperatures. Unsurprisingly, such systems have not found much use.

As for the new process, “I think we’re still surprised at how well it works,” says Plata, who is the Gilbert W. Winslow Associate Professor of Civil and Environmental Engineering. The process seems to have its peak effectiveness at about 300 degrees Celsius, which requires far less energy for heating than other methane capture processes. It also can work at concentrations of methane lower than other methods can address, even small fractions of 1 percent, which most methods cannot remove, and does so in air rather than pure oxygen, a major advantage for real-world deployment.

The ideal location for such systems, the team concluded, would be in places where there is a relatively concentrated source of methane, such as dairy barns and coal mines. These sources already tend to have powerful air-handling systems in place, since a buildup of methane can be a fire, health, and explosion hazard. To surmount the outstanding engineering details, the team has just been awarded a $2 million grant from the U.S. Department of Energy to continue to develop specific equipment for methane removal in these types of locations.

“The key advantage of mining air is that we move a lot of it,” she says. “You have to pull fresh air in to enable miners to breathe, and to reduce explosion risks from enriched methane pockets. So, the volumes of air that are moved in mines are enormous.” The concentration of methane is too low to ignite, but it’s in the catalysts’ sweet spot, she says.

Adapting the technology to specific sites should be relatively straightforward. The lab setup the team used in their tests consisted of “only a few components, and the technology you would put in a cow barn could be pretty simple as well,” Plata says. However, large volumes of gas do not flow that easily through clay, so the next phase of the research will focus on ways of structuring the clay material in a multiscale, hierarchical configuration that will aid air flow.

“We need new technologies for oxidizing methane at concentrations below those used in flares and thermal oxidizers,” says Rob Jackson, a professor of earth systems science at Stanford University, who was not involved in this work. “There isn’t a cost-effective technology today for oxidizing methane at concentrations below about 2,000 parts per million.”

Jackson adds, “Many questions remain for scaling this and all similar work: How quickly will the catalyst foul under field conditions? Can we get the required temperatures closer to ambient conditions? How scaleable will such technologies be when processing large volumes of air?”

One potential major advantage of the new system is that the chemical process involved releases heat. By catalytically oxidizing the methane, in effect the process is a flame-free form of combustion. If the methane concentration is above 0.5 percent, the heat released is greater than the heat used to get the process started, and this heat could be used to generate electricity.

The team’s calculations show that “at coal mines, you could potentially generate enough heat to generate electricity at the power plant scale, which is remarkable because it means that the device could pay for itself,” Plata says. “Most air-capture solutions cost a lot of money and would never be profitable. Our technology may one day be a counterexample.”

Using the new grant money, she says, “over the next 18 months we’re aiming to demonstrate a proof of concept that this can work in the field,” where conditions can be more challenging than in the lab. Ultimately, they hope to be able to make devices that would be compatible with existing air-handling systems and could simply be an extra component added in place. “The coal mining application is meant to be at a stage that you could hand to a commercial builder or user three years from now,” Plata says.

Article from the MIT News Office 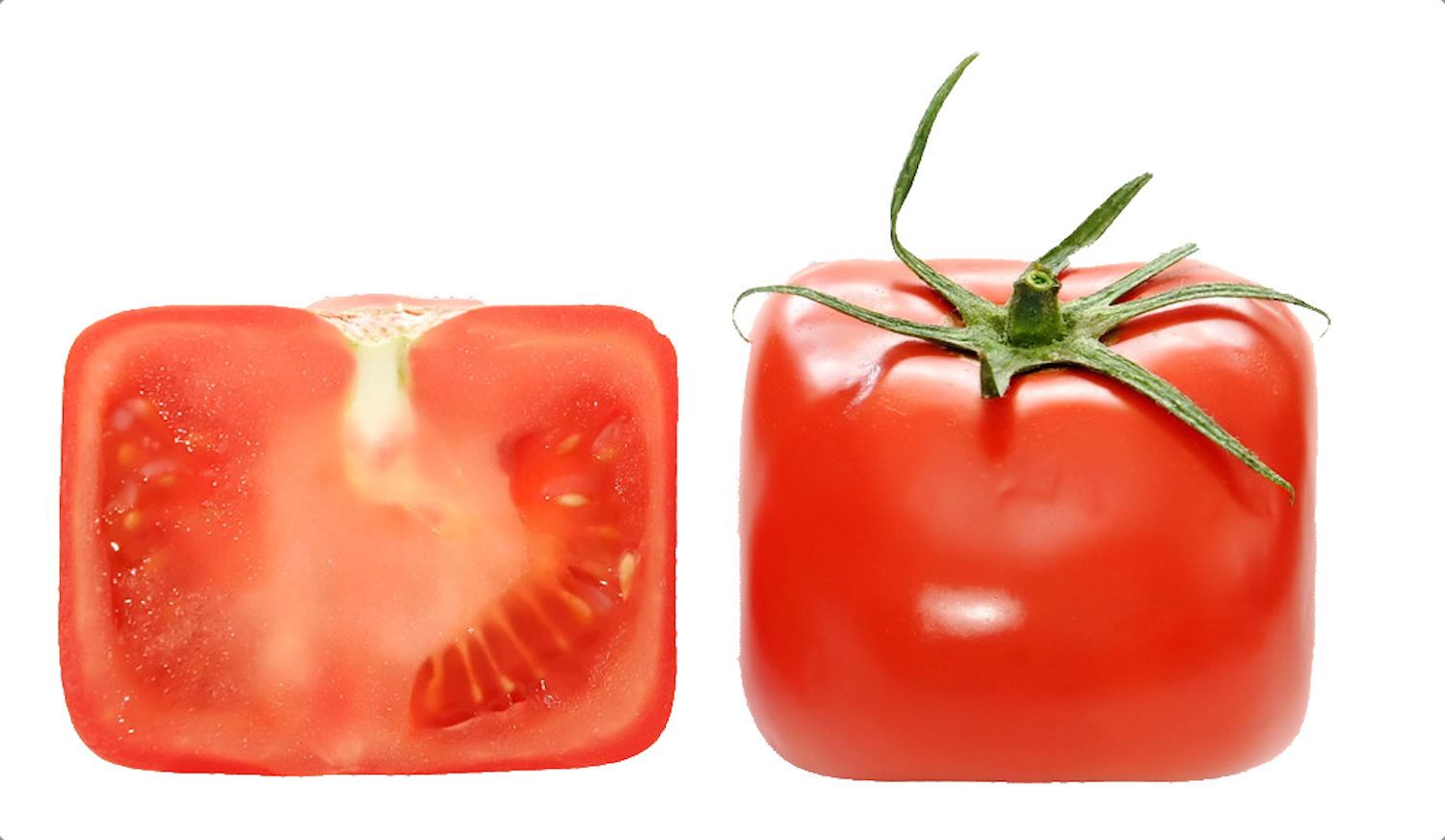 Exploring growth within a confined space 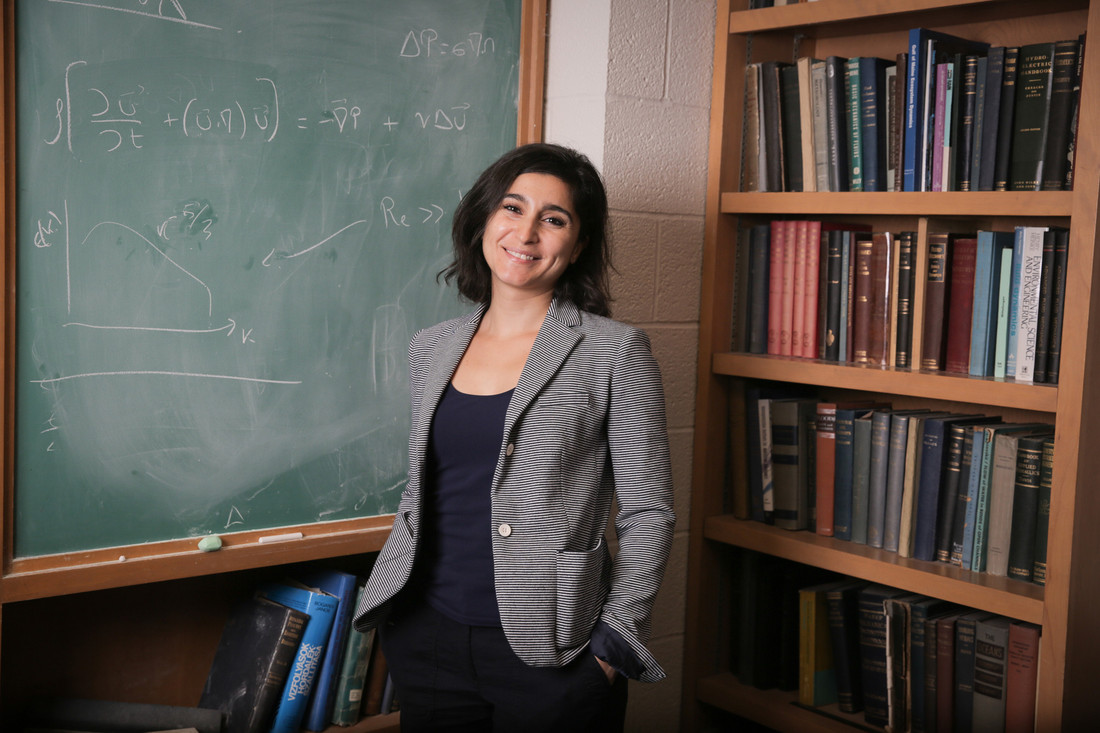 How can multiple species coexist in fragmented landscapes?

Every Dollar Spent on This Climate Technology Is a Waste

Impact of sediment supply on growing plants in coastal marshes