Today, I woke up at little early… 2:30 AM to be exact. The reason I woke up this early was because of the “super blue blood moon.” This was such a rare event. We have not had these three things occur at the same time in the U.S. since 1866. Meghan, my roommate, and I started observing the lunar eclipse from the parking lot. Later on, we felt that we needed to decrease light pollutions so we headed to the Kailua beach to continue the observation. There we met up with other TREXers who were interested in this event and stayed outside, watching this spectacular cosmic show for about an hour. While we were waiting for the eclipse to be fully developed, we stargazed and saw some basic constellations, which was very fun. Bye moon.

That was just the beginning of our day! We then went back to bed and continued sleeping for a few hours before we had to meet up with everyone at 9 am for a lava hike. Joey, Meghan, and I were the first group of people who were ready, and our TA Ben brought us to the van. Instead of heading directly to the national park, the TA said to we were going to install sensors! This blew my mind because I thought we were done with all of the work! Anyhow, the three of us and our TA went to two different air quality monitoring stations and a school to finish our last mission. The original plan was that our van and the other van, who left the hotel later, would meet at the national park for our hike. For some reason, the 4 hour hike to the lava that we planned turned out to be an at-least-8-hours hike. Because of this, the two vans never met until we got back to the hotel. 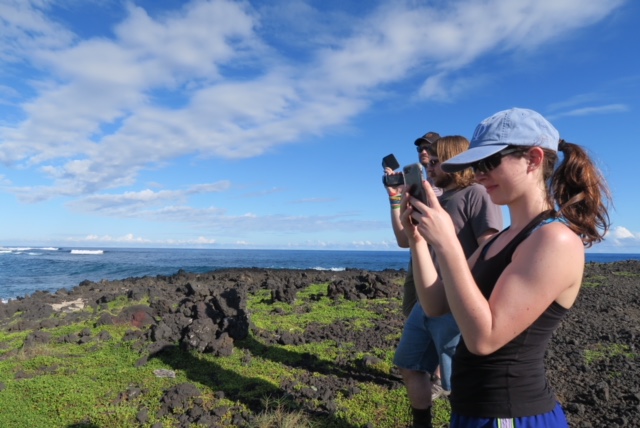 Since my group needed to install the sensors before we could relax, we decided to take everything easy. We stopped at the southernmost bakery in the U.S. and then went to the national park again. Unlike the other group that had a long scenic drive around the park, we just went to the volcanoes museum, looked at the crater, and said goodbye to the volcanoes one last time. We then headed to the green sand beach, which was phenomenal. It was my first time seeing a GREEN sand beach, a sea turtle surfing, and a whale slapping water. For the last bit of the trip, we went to the South Point to see the sunset (my third time lol). It was beautiful as always and the sunset ended my day nicely. Bye sun. 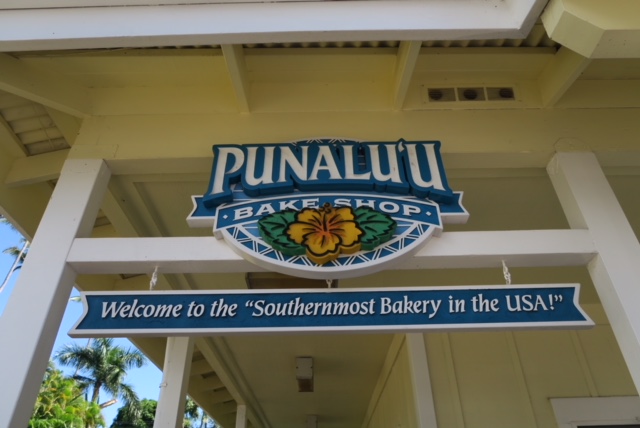 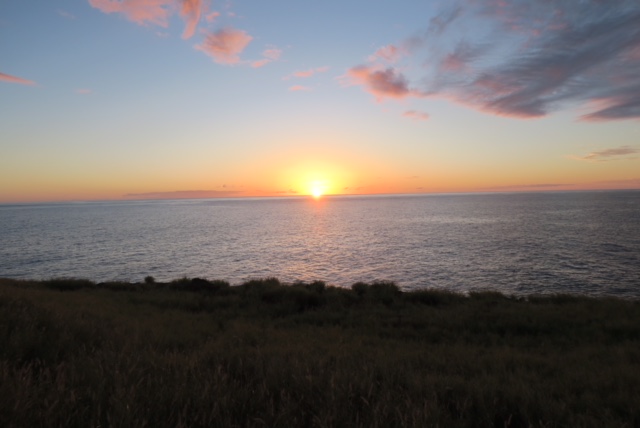